Vampire Academy: Frostbite (Do you want to see this film come to life?)

Guys guess what! We may just get to see Adrian Ivashkov in the flesh (well on screen haha).
For those of you who are apart of the vafamily and follow closely on all Vampire Academy news probably already know all about this but for those of you who don't I am going to tell you.

If you were one of those people who signed the petition for frostbite then your dream is about to become a reality (almost). OVAM on Facebook made a post a few weeks ago saying they had very big news which in fact happened to be that we may just get to see frostbite on the big screen. There is a catch though, to prove that Fans really want this we have to donate money, 1.5 million to be exact but I know that we can do this. Everyone who donates from $10 will get a perk (something in return for donating).

Here are some of the perks but not all of them:
$10USD — Novice Package
Get the 411 during the production of Frostbite, including early casting announcements and day-to-day life on set. And like Rose, we hate to play by the rules, so don’t be surprised if we sneak you some early behind-the-scene photos or special messages from the cast.

$30USD — Royal Package
Live like a Royal and be one of the first to see Frostbite with a Digital Download, while you read along with your PDF of the Script AND impress your friends with all the exclusive updates.

$50USD — School Pride Package
Show your school pride! Score an exclusive St. Vladimir t-shirt, Digital Download of the film, PDF of the script AND exclusive updates. Choose your design — or better yet –- for an extra $20 get both!

$150USD (limited availability) — Moroi Package
Just how big of a fan are you? Act now if you want to secure one of 250 Limited-Edition Specially Bound SIGNED Scripts with 6 photo prints from the film. It will be the crown jewel of your Frostbite rewards, which includes all of the above.

$250USD — VIP Package
The film is called Frostbite after all… keep warm this winter in an Exclusive St. Vladimir Hoodie as you cozy up to watch your Digital Downloaded copy of the film. All rewards above are included, excluding the limited edition signed script with photo prints.

$750USD (limited availability) — #VAFamily Package
Have you been a part of the #VAfamily for years now? We believe that YOU deserve a credit in Frostbite. Don’t hesitate; this is a once in a lifetime opportunity to be included in the Special Thanks End Credits of the film! Take home all the rewards above, excluding the limited edition signed script with photo prints.

$4,500USD (limited availability) — St. Vlad’s Package
Do you have what it takes to be a student at St. Vladimir’s? Prove it with a featured background extra role in Frostbite. Walk the halls of campus, or a ski lodge or a mall… rest assure you will walk someplace! Travel and lodging are not provided, but you will get an authentic set experience, meet the cast and exercise your acting skills. Location is TBD, but we anticipate shooting in Europe or Australia. All rewards included. *Pending Visa and Work Permit Approval

Richelle is also adding a perk this week *crosses fingers hoping its a advanced signed copy of The Ruby Circle *
We really need all of the VA FAmilys help! Donate if you can even if it is only $1 everything counts. If you don't have money and can't donate then help spread the word, contact people like E news etc... and ask them to run and article or make a video everything helps. Come on guys, we got this!!

So far we have raised $161,556USD we are still a long way off and we have 24 days left to raise the money but OVAM said that if we at least get the $1million then they will extend the time so we have longer. PLEASE HELP, IT CAN BE SO MUCH BETTER THAN THE VAMPIRE ACADEMY MOVIE.Think about it you will get to see ADRIAN IVASHKOV, EDDIE CASTILLE, JANINE HATHAWAY and JAILBAIT guys!!!!!!
PS: sorry I have been gone so long :/ 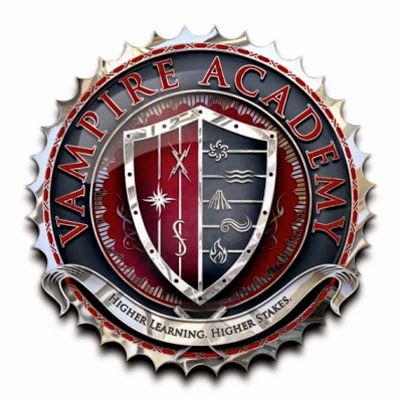 Posted by Jordypaigebooks at 11:48 No comments: